Fragrance oils made from peppermint, chestnut or lemon are said to drive spiders out of your own four walls. Researchers have conducted a study to determine whether the gentle home remedies really work.

Do they help or don’t they help? Oils or other substances with various natural ingredients are said to drive spiders out of the house. The recommendation can be read again and again in various Internet forums. A research team headed by Andreas Fischer has investigated whether this turns out to be just a myth or whether it is a real fact. Why all this? In general, most spiders are a natural insect repellent, for example when there is a mosquito plague.

Scents against spiders, what’s the deal?

While spiders are considered beneficial themselves, some also eat other beneficial insects, such as ladybugs. In high densities, the spiders then quickly become a serious problem, as the scientists write in their study, which they recently published in the journal “Journal of Economic Entomology”.
They also write that using water-based pesticides commonly used in the home is ineffective on many spiders. Although oil-based pesticides would be more effective, they are rarely used. The researchers have now investigated whether natural substances that are harmless to human health and have hardly any ecological effects actually help in the fight against spiders.

And indeed: what flatters the human nose doesn’t seem to please spiders at all. The animals flee as soon as they smell the scent of mint. The eight-legged friends don’t like the smell of chestnuts either. According to the experts, lemon oil is not supposed to help that much.

The scientists say there are few pest control methods based on experimental data. However, some spiders are on the rise worldwide. The animals sometimes occur in high densities and sometimes even become pests for humans.

How the study on spiders against scents went

Fischer and his team took a closer look at the three substances most frequently recommended on the Internet. Can the fragrances actually repel female spiders effectively? The researchers confronted the selected spiders with the scented substances and observed how the animals from three species reacted.

The three spider species did indeed show a reaction to the fragrances used, albeit to different extents. Brown Widow and Garden Spider ran away from chestnuts and mint oil. The giant fat spider was less sensitive to these scents. However, she also avoided chestnuts.

Interestingly, with over a million hits, the lemon oil most frequently mentioned on Google made no particular impression on any of the three spider species. The conclusion of the researchers: Released volatile substances from mint oil and chestnuts prevent the settlement of brown widows and garden spiders. Lemon oil as a home remedy for spiders, on the other hand, is a myth. Fischer and his team tested the scents on the following three species of spiders: 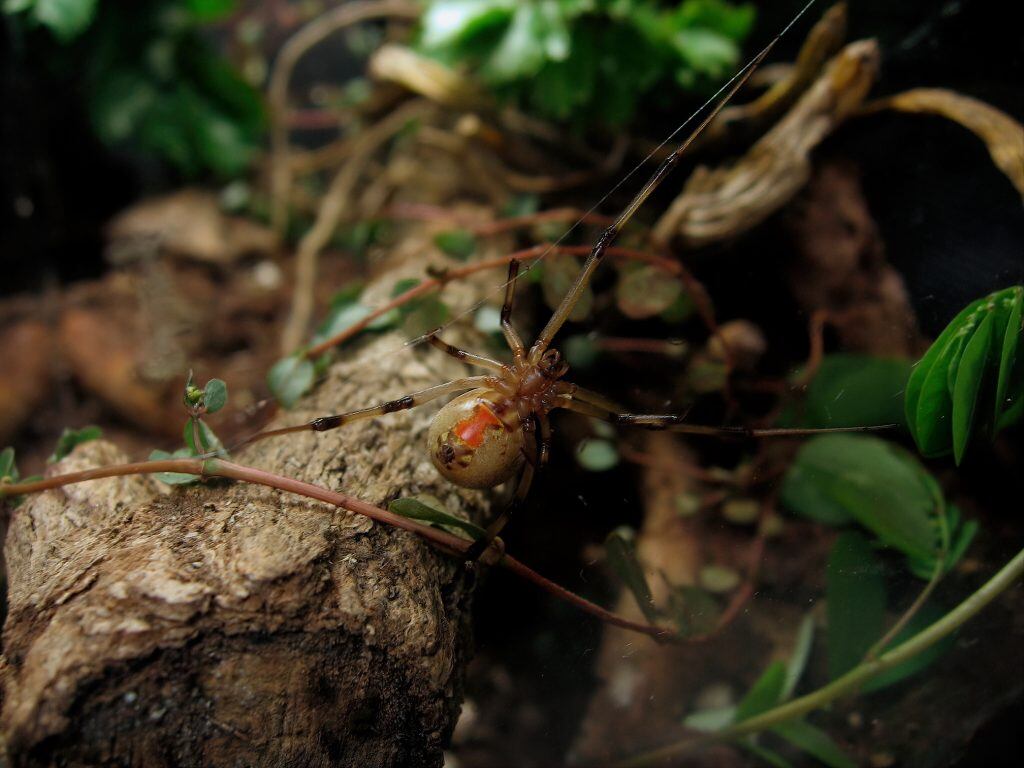 Male animals are considered harmless, only the female brown widow bites. The spider venom is considered to be particularly effective, prey such as insects, but also toads, die immediately. Although the bite is very painful for humans, it is not fatal. The spider species, originally native to Africa, can now be found worldwide, and the brown widow was even discovered on the remote South Sea island of Tahiti. The spider feels particularly at home around houses, in gardens and cars. She looks for a sheltered place, for example under a flower pot, on garden furniture or under leaves. The giant fat spider originally came from the tropics. It is now on the rise worldwide. In Germany, however, this spider species is rather rare and if so, then in protected surroundings such as house cellars. The garden spider is the most well-known representative of the garden spiders. The venom of the spider is not dangerous for humans, unless one reacts allergically. However, the bite can be extremely itchy and painful. You can recognize the garden spider by the bright cross on its abdomen. The body color is usually light brown to yellowish, but can also be red or black.