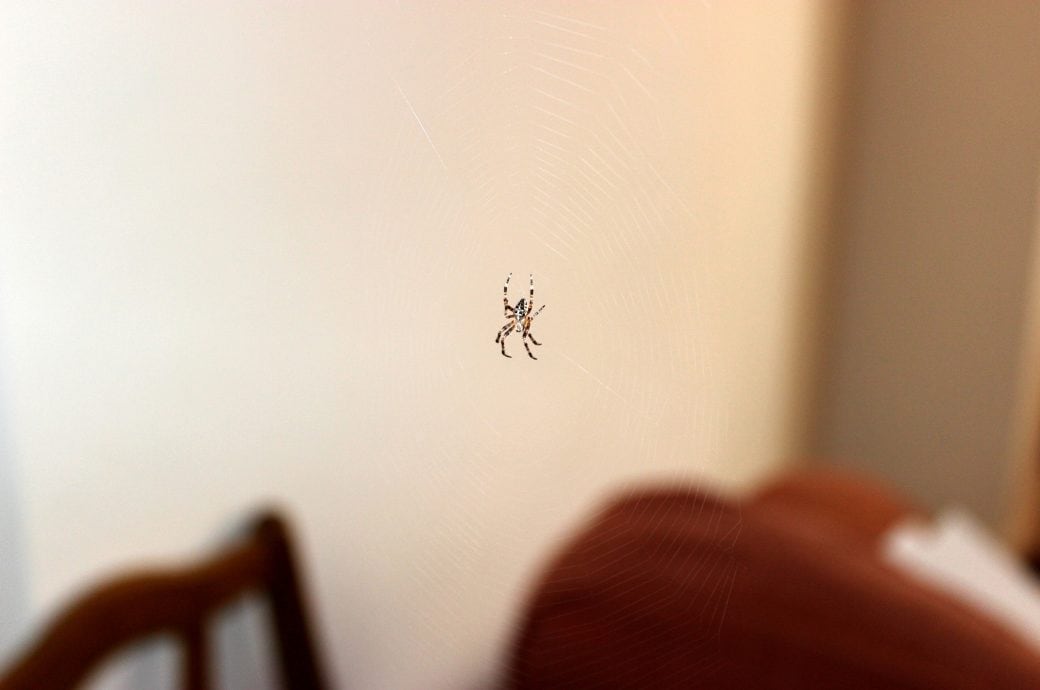 While they may seem daunting to many people, spiders are useful animals. They catch annoying mosquitoes and flies with their artful nets. In the apartment you see them but only reluctantly. Instead of throwing a shoe at them and killing them in the process, you can drive them away gently.

Eight legs, eight eyes, and uncomfortably fast crawling—spiders don’t win many friends because of their looks and behavior. They are not only useful, but also usually harmless in local areas. Only the rare water spider and the nurse’s thorn finger manage to penetrate human skin with their jaw claws and initiate poison. And even these species are only slightly dangerous to humans – only small animals die from the poison. So there is no reason to kill the little creepy-crawlies when they are lost in the house. There are far better ways to get rid of spiders.

Two methods to get rid of spiders from the house

Many know the trick. Nevertheless, it should not go unmentioned here: Take a glass and a piece of paper. Put the glass over the spider and then slide the paper under the glass. Then out with the spider in the garden or on the balcony.

Or throw the spider out the window. Don’t worry, spiders can survive falling from great heights, at least if they land on soft ground like grass, flower beds, and shrubs. When falling, the little animals spread their legs in all directions, thereby achieving more air resistance.

If you don’t feel comfortable using the glass method, you can try using a spider catcher. You can get such a device in stores for as little as ten euros. Because of the long handle, you automatically keep a sufficient distance from the spider. Simply hold the other end of the rod to the animal, and at the push of a button a disc slides underneath and the spider is caught. You can then carry them out, preferably a little further away from the house. This increases the chance that the insect will not crawl back into the house.

Have a heart for spiders – at least in the cold season! Spiders look for a warmer place to hibernate, usually in the basement, shed or garage. If you don’t mind, leave the animals there until it gets warmer. The beneficial insects do not survive in the cold.

Can spiders crawl out of the vacuum cleaner?

Suck up spiders with the vacuum cleaner and get rid of them – this is guaranteed to be deadly for the animals. This has even been scientifically proven in a study. Researchers sucked in 240 spiders for the experiment, which hardly any spiders survived. This means that many people’s fears that the spiders might crawl out again are unfounded. If they survive the spin cycle in the long hose and also the impact against the anti-recoil device, the animals would die of lack of oxygen.

Preventive measures against spiders in the apartment

Cracks in windows are THE gateway for spiders. So always seal them well – just because of the drafts in winter. This also applies to house and cellar doors. Close-meshed fly screens on the windows are also helpful.

It is also recommended to put bunches of lavender on the windowsill to get rid of spiders. This sometimes looks decorative, but it is questionable whether the spiders are really scared away by the smell. This also applies to vinegar, mint or eucalyptus. The best measure is still: Don’t attract spiders in the first place! So always keep the apartment clean and don’t leave food lying around in the open.

Why are spiders useful?

Spiders eat insects such as mosquitoes, flies, small grasshoppers, aphids, and other plant-sucking insects. Sometimes they even eat wasps! The prey gets caught in their spider webs and sticks to it. You don’t want to see the webs in the house, such a spider web can look attractive in the tool shed or on the hedge. Especially when the sun shines through.