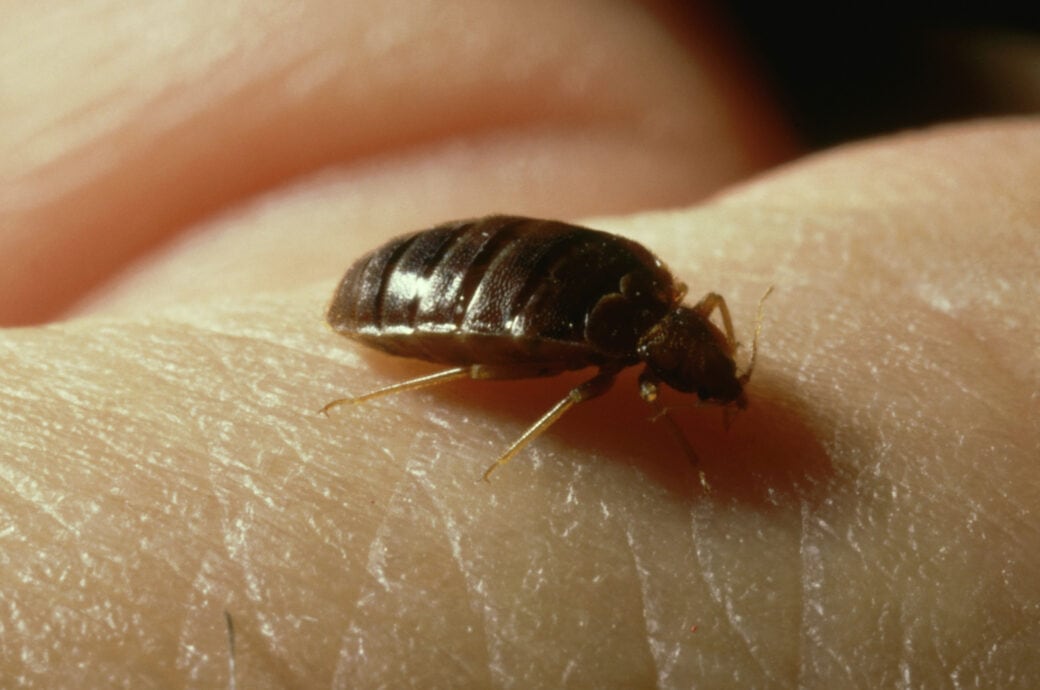 Bed bugs are rarely welcome. Not only do they feed on our blood, but they also cause sleepless nights. This is due to the animals’ saliva and the human body’s defense reaction to it. How to recognize an infestation and what to do against the animals.

Many people bring uninvited guests back to their own bed when they go on holiday: we are talking about bed bugs (cimex lectularius), which travel all over the world in clothing and suitcases. But the parasites can also move into your home through used furniture that you bought while strolling through the flea market. Getting rid of them again is not easy. We reveal how to recognize an infestation and how to get rid of the little animals.

In which households are bed bugs found?

Anyone who thinks bed bugs prefer it dirty is wrong. Bed bugs can be found in even the cleanest of homes. However, the parasites find shelter faster if it is not tidy.

Otherwise, bed bugs appear everywhere where many people put their hands on the door: hotels, hostels, dormitories, Airbnb accommodations – and hikers’ cabins. From there it is not far to your own household. However, bed bugs can also nest in hospitals, nursing homes and other healthcare facilities. And not to forget: means of transport such as bus, train or plane.

How big do bed bugs get?

Incidentally, the male bug reaches 6.5 millimeters, a well-fed female even grows up to 8.5 millimeters. This lays up to 150 milky-white and slightly curved eggs, which it sticks to a surface in a hiding place. After some time, the bedbug larvae hatch out of this, and they have to molt five times before they are fully grown.

What do bed bugs feed on?

Before each moult, the growing bugs strengthen themselves extensively – preferably from human blood. If that’s not available, the bloodsuckers will also attack bats, birds and pets. Perfidious: The nocturnal vermin only crawl out of their hiding place after sunset to start their blood meal. On the other hand, bed bugs can remain abstinent for months.

Most people don’t even realize they’ve been bitten by a bed bug. The skin often reacts with a delay – it can take up to a week to see anything! Then itchy pustules and wheals appear, usually in groups or oddly neatly arranged in a row. Sometimes only a single stitch can be seen. Since the bites can also come from other insects, it is impossible even for dermatologists to diagnose bed bugs from the bites alone.

Are bed bugs dangerous to humans?

In theory, the blood-sucking parasites can also transmit pathogens. However, this has not yet been proven. The experts from the Federal Environment Agency estimate the risk of contracting a bug bite as very low.

However, the bites are very itchy. Attention: Even if the itching is tormenting – do not scratch! Because scratching the bug bites can lead to a bacterial infection. The psychological stress that bed bugs cause in humans is also nasty. Anyone who has ever had to share the night with them will not soon forget them. Those affected report insomnia, nightmares, anxiety and over-vigilance.

As a rule, bed bugs fall off humans after they have fed on their blood. The parasites can only remain on the human body if an apartment is very heavily infested. They then migrate back and forth on it, making transmission to other people possible.

How do I recognize a bed bug infestation?

That’s not so easy, because bug bites can hardly be distinguished from mosquito bites. A bug is indicated if the bites occur outside of the mosquito season. The parasites are easier to spot when hunger calls. In search of food, bed bugs then crawl out of their hiding place, make themselves comfortable on the bed or crawl along the wall. Another indication of bed bug infestation: the special stench. An unpleasant, sweetish bitter almond smell escapes from the stinky glands of the bugs, which then hangs in the infested apartment.

Traces of faeces in the form of small, black globules and transparent skin coverings also indicate an infestation. Both can be found where bed bugs like to hide: in the light switch, in the socket, behind the picture frame, the skirting board, in a niche. And of course in bed and on the slatted frame. If there are also small bloodstains on the sheet or duvet, the case is clear. Then only the exterminator can help – an independent fight, however, does not bring much.

How to fight bed bugs?

Even if you cannot get rid of bed bugs on your own, it is possible to support the pest controller: wash infested laundry at 60 degrees or freeze it for at least three days. Then the bed bugs die. Infested items that are no longer needed should be disposed of in a sealable plastic bag or plastic sack. Caution: bed bugs cannot fly, but they can crawl quickly. Therefore, do not let it escape from the sack – otherwise all efforts would be in vain.

The insects can also be vacuumed away with their excretions and eggs. Important: Dispose of the vacuum cleaner bag in a plastic bag afterwards and seal it with adhesive tape. For bagless devices, place the collection container in a plastic bag, seal, and freeze for three days.

You should also freeze the items you can’t part with. Minus 18 degrees should be enough to kill the insect pests. Or try heat. Heat-insensitive objects can be treated at at least 55 degrees.

Bed bugs from the neighboring apartment

The exterminator himself first determines where the bugs come from. In extreme cases, the pests can migrate from a heavily infested neighboring apartment. Then, of course, the previously infested apartment must also be freed from the bed bugs. That works with the hard chemistry club. If possible, the exterminator will spray the insects with an insecticide and eliminate the eggs.

Finding the hiding places is also time-consuming: slatted frames have to be uncovered, light switches and furniture dismantled. Finally, poison is laid out and the whole procedure is repeated until the spook is over.

Alternatively, the apartment can also be brought up to temperature. At 50 to 60 degrees and at least 12 hours, the bugs die. For this purpose, the exterminator uses special oven devices that heat the infested rooms. The method has the nice name “heat disinfestation” in technical jargon. However, the electricity bill can quickly run into the thousands.